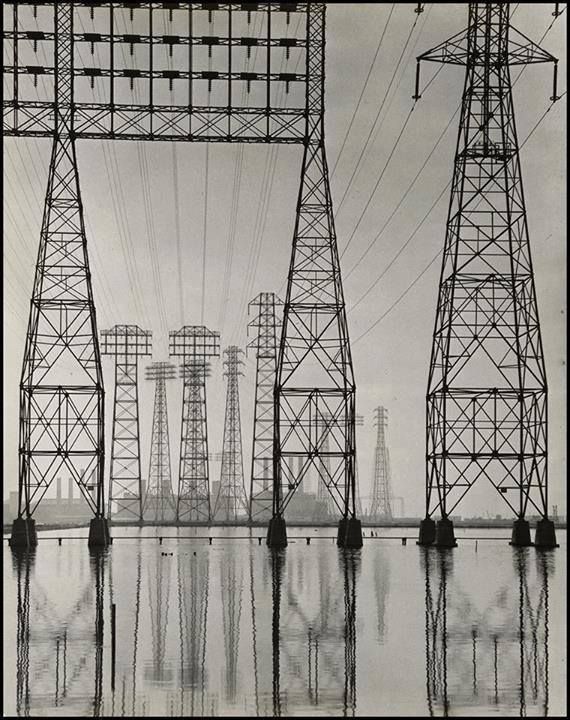 March's Pylon of the Month is one of the most amazing pylon pictures that I've seen.  I came across it on Twitter (thanks to @city_wander) and although on the whole, I don't tend to use images from the internet on the main blog, I couldn't resist this one.  It was taken in California by Will Connell around 1935.  A bit of digging around on the internet revealed that Will Connell was a self taught photographer who was born in 1898 and died in 1961.  This information came from the Will Connell Papers at the Onlive Archive of California, although there is also a Wikipedia page.  I couldn't track down this particular image in the Archive and so I don't have too much more information other than via this website which calls them Edison pylons and says that they are at Seal Beach.  Searching for Edison pylons didn't really lead anywhere other than to this article about Britains rather chaotic electricity generation system which apparently put us at a disadvantage in the First World War.  Here it is for your enjoyment:

I'll leave it there for March and let the amazing Will Connell photograph work its magic.