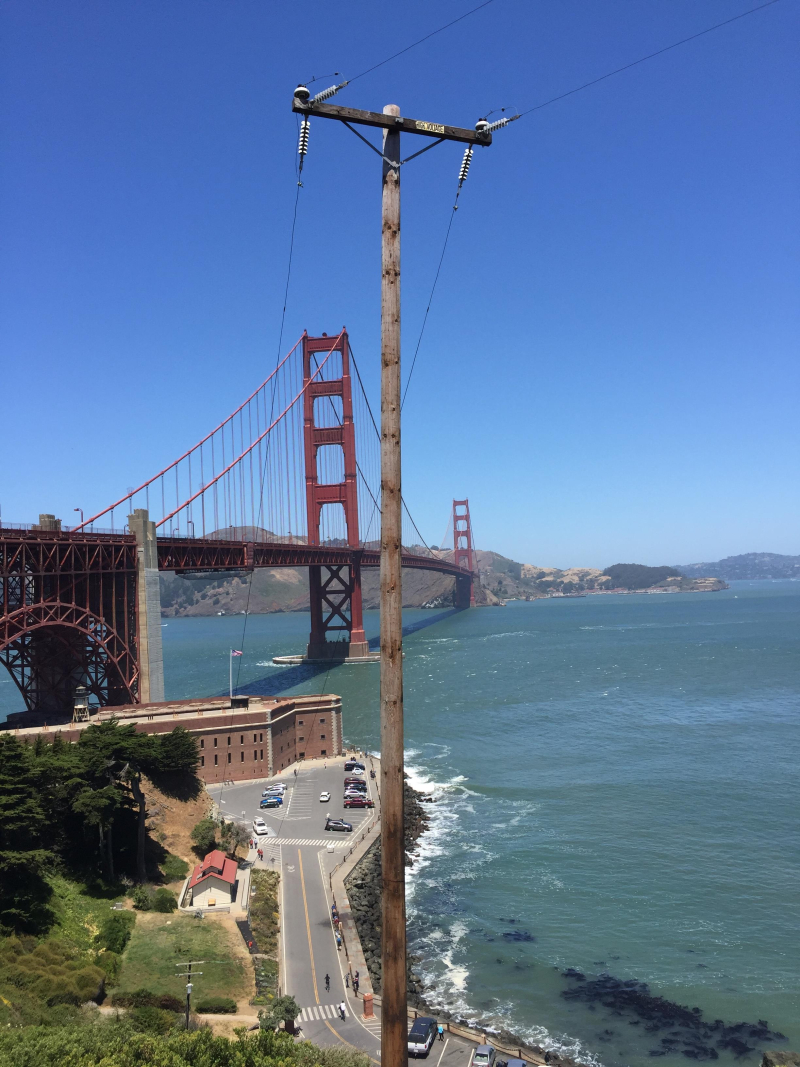 Summer is here and so a picture of a pylon with blue skies and sea featuring prominently would always have stood a chance of making it onto the website.  Having the Golden Gate bridge in the background made it a shoo-in. The picture was sent in by a young electrical engineer on secondment from Australia to California Independent System Operator, which according to Bloomberg is a nonprofit public benefit corporation, [which] operates long-distance and high-voltage power lines.  The suggestion in the email was that the power lines are 6.6kV (6600 Volts for the less electrically aware readers of this blog if such readers exist.....), and I'm certainly not going to argue with this analysis.

Power supply in California is an interesting topic. Bloomberg again:

California just mandated that nearly all new homes have solar, starting in less than two years. Now, it’s going to have to figure out what to do with all of that extra energy.

The San Francisco Chronicle has this headline on an article from May 2018.

California’s power grid is changing fast, and ‘we don’t have a plan’

The main aim of the changes is to reduce California's greenhouse gas emissions, which is to be applauded but chasing down the implications of this decision and making it work will be a job for the often unsung heroes of the modern world, electrical engineers.  That's all for this month - as always @pylonofthemonth is on Twitter for those in need of more regular pylon action.