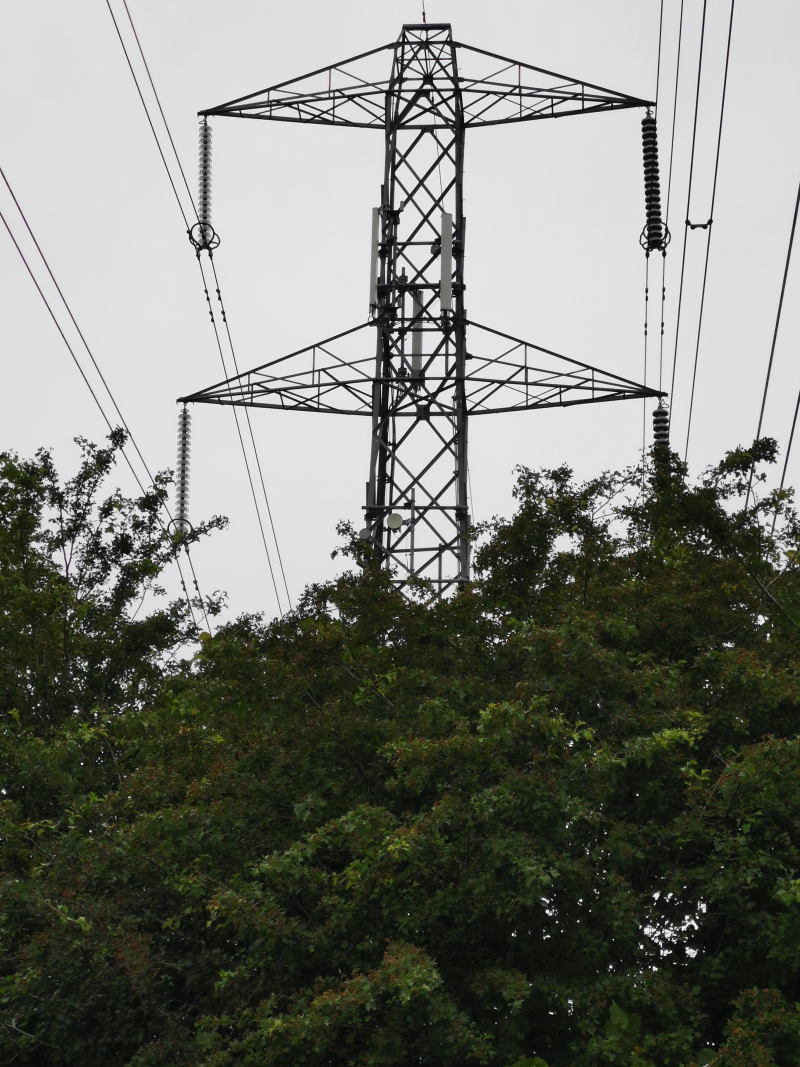 June was busy, so busy that it was a pylonless month, but on a walk in the Chilterns at the start of July this pylon caught my eye and it now has the privilege of being July's Pylon of the Month. It's just outside Great Missenden, a lovely town with many literary links. Roald Dahl lived here from 1954 until his death in 1990 and if I'd had more time, I would have visited the Roald Dahl Museum and Story Centre because I have so many happy memories of his wonderful stories, both as a child myself and also as books I read aloud to my own children. My favourite? A toss up between Danny Champion of the World and James and the Giant Peach. Anyway, David Cornwell (John Le Carré) lived there when his first book, Call for the Dead, was published and Robert Louis Stephenson spent a night at the Red Lion pub in 1874. Sadly the pub is now closed (it's now an estate agent) but you can see a few images of it courtesy of the Lost Pubs Project.

Enough local interest and back to the pylon. It caught my eye for two reasons. One was the mobile phone antennae attached to it, the other (as pointed out to me by the friend with whom I was walking) was the different insulator discs on the left and right of the pylon. For more about how mobile phone coverage works you Wikipedia is a treasure trove of information. I was intrigued by the different insulators on each side of the pylon so asked for information on Twitter as @pylonofthemonth. 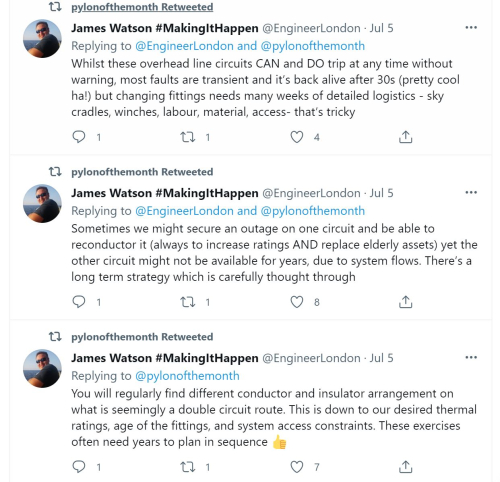 A quick check on the Open Infrastructure map confirmed that it is the 400 kV line mentioned by @IanBottomer and as a result of asking the question on Twitter I know more about reconductoring transmission lines. As do you, if you've made it this far. If that's left you hungry for more, here's a video showing live line reconductoring. That's all for now - see you in August!