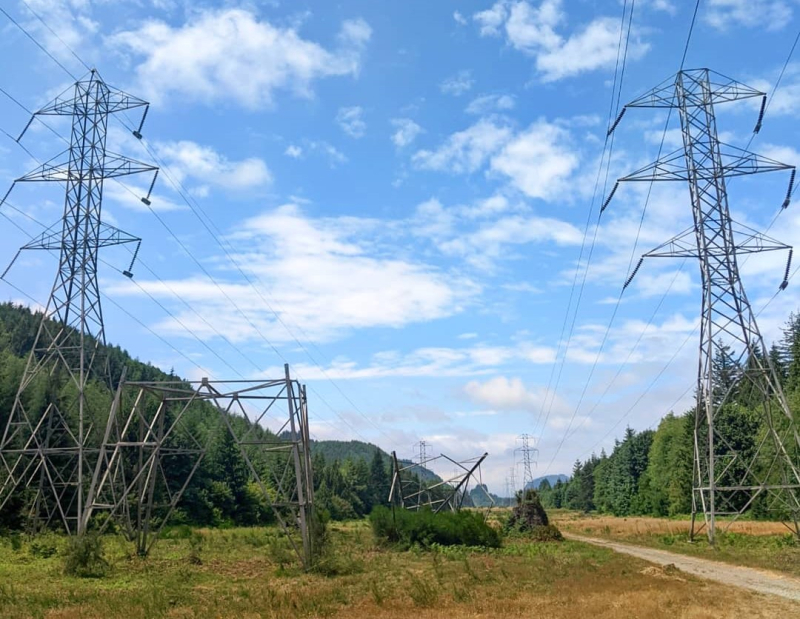 August's pylon is from North America, a part of the world that hasn't featured too often on the blog and when it has, Californian pylons from San Francisco and  Orange County were the main attraction. This time, we head further up the west coast to the Pacific Northwest and Washington State. The pylon enthusiast who sent the image also shared the exact location of where it was taken. https://goo.gl/maps/tJr2qJKFHCbHu and even noted that:

"If you use Google's satellite layer, you can actually see the pylons lying on their side! kinda crazy - I only just saw this now when looking it up"

It is odd that the fallen pylons have been left in situ. It looks like a single pylon that has broken into three parts, but was it damaged and replaced once the line was operational or is it a failed pylon that never made it into active service? Do let me know if you have the answer to this question.........
The transmission lines carried by the pylons come from the Skagit River Hydroelectric Project which provides about 25% of Seattle's electricity. In fact, hydropower is the biggest source of energy in Washington State which is at the forefront of efforts to decarbonise electricity generation as the chart below shows. 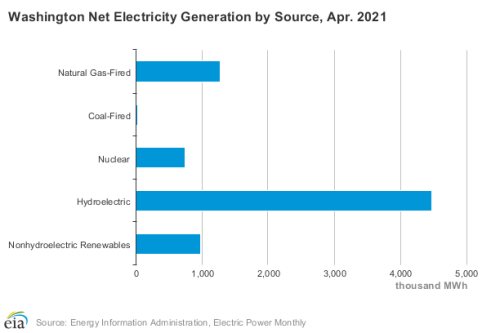 A recent article from Forbes, Washington State’s Approaching Energy Crisis – Good Intentions Gone Wrong?, looks at this policy and claims:
The trouble stems from attempts to decarbonize our society. Getting rid of coal, oil and gas in generating electricity is the low-hanging fruit, but just getting rid of them without a realistic plan to replace them can do more harm than good.
It is a problem that the UK will also have to grapple with as we aim to hit our net zero target by 2050.
Anyhow, this picture was taken on the way to a walk by the Boulder River in the North Cascades. It looks fabulous and should I ever make it to Washington State I will surely do the walk after stopping to pay my respects to the fallen pylon. That's all for this month, although if your appetite for pylons in Washington State has been whetted, then you're in luck! Category:Electricity pylons in Washington (state)