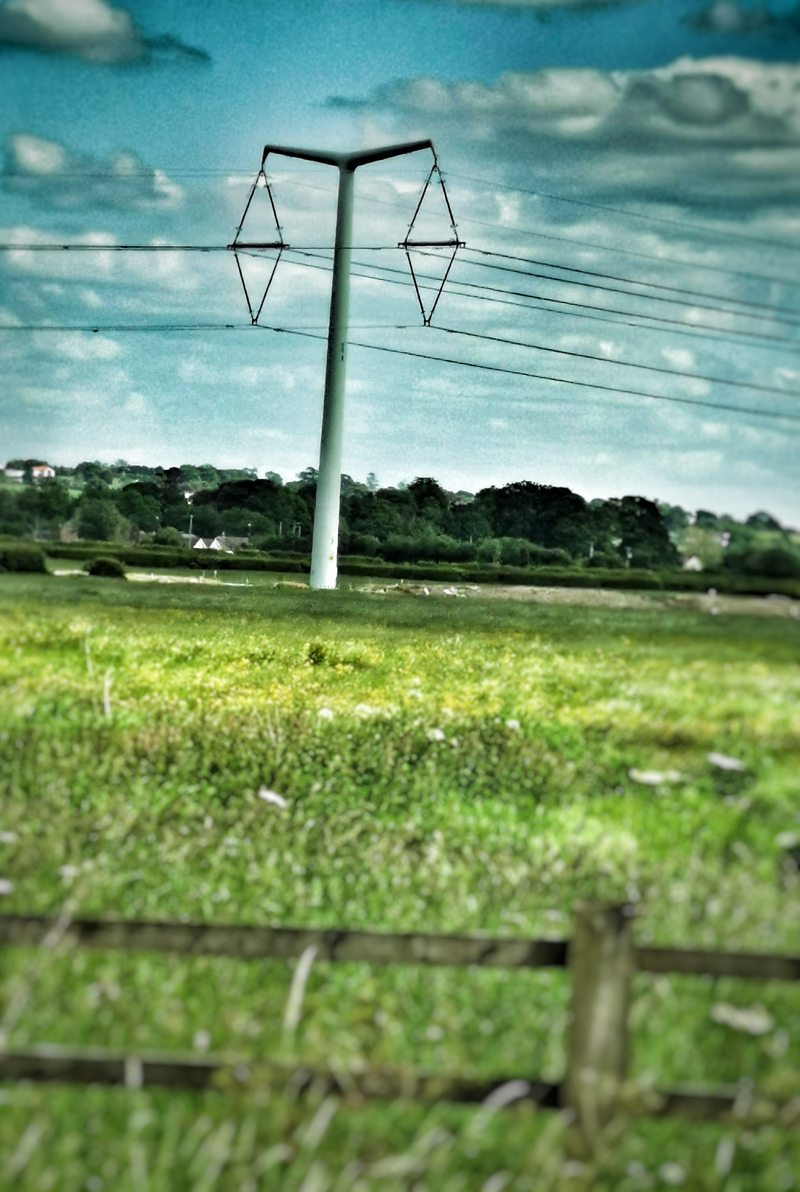 In November 2011, Pylon of the Month featured the winning design of a contest organised by the Royal Institute of British Architects to design a new pylon. Over ten years later and that design is being rolled out in Somerset and the National Grid website informs me that:

The new pylons form part of National Grid’s Hinkley Connection project, a £900m investment to connect low carbon electricity from Hinkley Point C Nuclear power station. They will run between Bridgwater and Portbury, other than through the Mendip Hills AONB where the new connection goes underground. The project also includes the removal of 249 electricity pylons between Bridgwater and Avonmouth.

These T-pylons have featured in newspapers, on TV/Radio and on Twitter over the last few months and I did consider using an image from the internet as May's Pylon of the Month. For such a defining moment in pylon history, however, that just seemed wrong. How could I, as a leading light of the pylon blogging world not be a witness to history myself before going into print? Fortunately, a half-term trip to Cornwall a few weeks ago allowed my wife to take this picture as we drove down the M5 with me trying not to swerve all over the road as I excitedly pointed out of the car window. A crash was avoided and a pleasant week in Cornwall followed.

As can be seen, the pylons have a single pole and T-shaped cross arms which hold the wires in a diamond ‘earring’ shape. They are also only 35 metres high, a third shorter than traditional lattice pylons. They were designed by Bystrup:

the only company in the world, specialized in developing new power pylons for the global market.

I wasn't sure what I'd make of them in the flesh but I have to say that I was impressed. I'm not entirely convinced that they are less visually intrusive than the traditional lattice pylons, but that may just be the shock of the new and in a few years time, perhaps I'll be driving down the motorway without even noticing them.

You can find out more about the design of the new pylons in this fascinating (8-minute) video and after that, you might well find yourself inventing an excuse to drive down the M5 to see them IRL. If you do, take a picture and tag @pylonofthemonth on Twitter or Instagram where there are always plenty of pylons to admire.