Pylon of the Month - November/December 2013 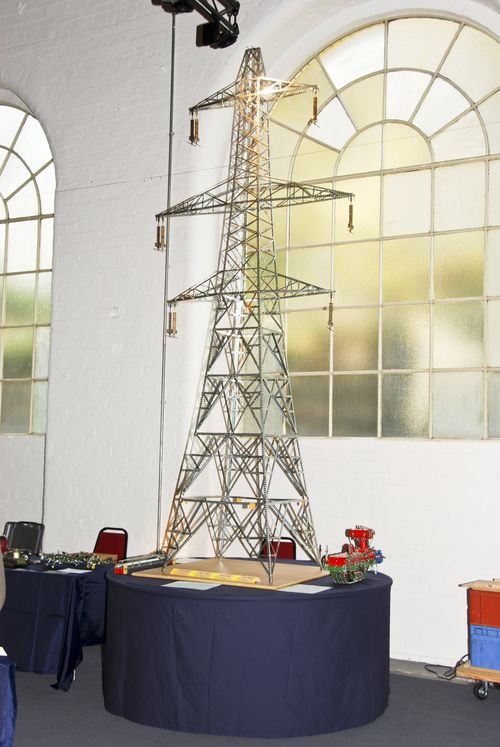 Despite all my good intentions, November has almost passed by without a pylon and so here is one that I hope will also do for the festive season ahead.  There aren't any suitably wintry photos in my pending tray, but then I realised that a Meccano pylon would be perfect for Christmas.  It was built by Ken Senar and came to my attention via Ralph and Sue's Meccano website http://my-meccano.co.uk. If you have buying Christmas presents for children on your to do list and want to play your part in inspiring the next generation of engineers (and in the UK we need to raise our game on this front) then you could do worse than looking here for inspiration.

In 1901 Frank Hornby, a clerk from Liverpool, England, invented and patented a new toy called "Mechanics Made Easy" that was based on the principles of mechanical engineering.  It was a model construction kit consisting of perforated metal strips, plates and girders, with wheels, pulleys, gears, shaft collars and axles for mechanisms and motion, and nuts and bolts to connect the pieces.

That is the same Frank Hornby behind Hornby model trains and if Meccano pylons don't inspire you, then you might be relieved to know that you can but Hornby pylons for your model railway kit.

It hasn't been a great month for pylons in the news.  In Ireland, Somerset and Suffolk/Essex the tension between those who want electricity lines to be buried to preserve the landscape and those who will have to pay the extra cost of burying and then maintaining them continues.  I wouldn't want pylon lines running through some of my favourite parts of the UK, but given the pressure at the moment to drive down energy bills there has to be a recognition that infrastructure costs cannot be ignored.  In December 2012, the BBC reported that Ofgem had permitted £12 to be added to energy bills for the next eight years to pay for upgrades and maintenance and so pylon controversy looks set to continue for the foreseeable future.

I don't want to end on that rather downbeat note and so I'll finish by mentioning this 'Electricity pylons in the mist at dawn' Christmas tree decoration which is the perfect present for pylon fans everywhere. 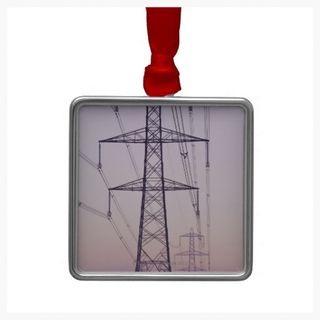